As I sat down on a boat and waited impatiently to get it started my eyes fixed on an oval shaped structure far away, standing proudly in the middle of Arabian Sea. My mind was calculating all the possible possibilities and wondered how in earlier days these massive structures would have been constructed, how the movement of heavy stones be achieved in such a place which is surrounded by water all around.

My thoughts were interrupted by the person in charge of the boat who yelled one last time before rowing away. After a short ride, I found myself standing in front of 500 old giant structure built in the 17th century. I got down and asked few local people for the guide which is easily available there, in fact, I would suggest hiring a guide every time you visit such places so that you won’t miss any epic or legends associated with that place and it will also take you back in the time, literally. 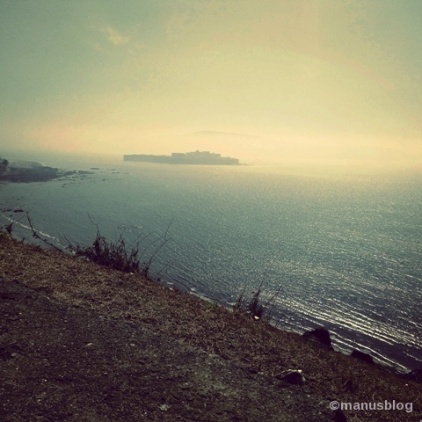 The Fort of Janjira on the sea is the only one of its kind. This Jal-Durg (Sea Fort) was constructed by Malik Ambar, an Abyssinian minister in the service of the Sultan of Ahmednagar. This fort took 22 years to build and is spread on 22 acres of land.

History said, that this sea fort of Janjira could not be conquered by any of the kings ruling the neighboring territories. Surprisingly, not even Shivaji could acquire it despite 13 expeditions to conquer the fort. Now in ruins, the fort in its heyday was a full-fledged living fort with all the necessary facilities like palaces, quarters for officers, mosque. Surprisingly the fort has two 60-foot-deep (18 m) freshwater lakes in the midst of sea to quench the thirst of locals who were living inside the fort during those days.

The fort has 23 huge bastions about 30-40 ft high, still intact. Amongst them are the three major cannons, ‘Kalal Bangadi’, ‘Landa Kasam’ and ‘Chavi’ built from five metals.

I remember that as a kid, I used to hate history. Cramming all those dates made me sick and had wished if given a chance, I would have thrown this subject or declare it out of syllabus. But as said, we tend to mature with age and experience so, I sincerely hope that I more resemble a fine wine than bad vinegar 😉 and tend to love history more rather running away from it.

Walking along the walls and after listening all the glorified stories I tempted to go back to this era and wished if only I had a time machine or a genie who could grant me one wish, I would have asked to spend a day in that glorified past.

Well, the rest of the day we spent on the clear sandy beaches of Murad, outlined by fringes of palm and coconut tree. Watching the sun setting below the trees in the distance and with the fort lying in the background was definitely a treat to eyes. The sun spread orange hues over the blue sky, like a giant orange squeezing its colorful juice over the village was worth of every time. One can end the day with the mouth watering Konkan cuisine by the sea side. 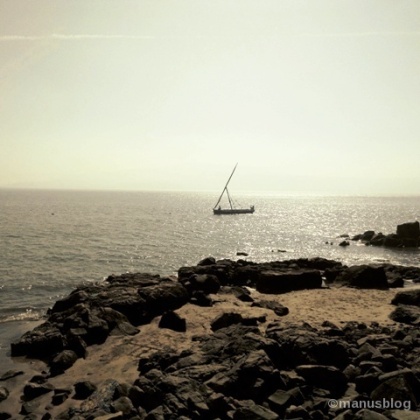 Getting to Murud Janjira

Murud is just 36 Km and 51 Km respectively from the famous Kashid and Alibaug beaches of Maharashtra on Konkan trail.

So next time whenever you plan to visit the overrated Alibaug near Mumbai, I would suggest taking the road less traveled towards Murud and spend a day soaked in history.  Let me know your thoughts on this. 🙂

2 thoughts on “A day soaked in History of Janjira Fort: Murud”